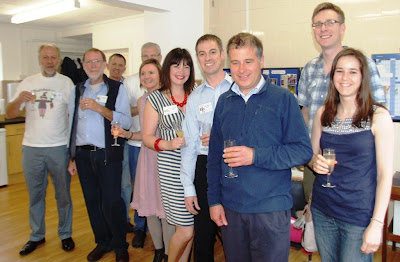 Volunteers have been working with Cheshire Peaks and Plains Housing Association to convert the former café into a venue suitable for food distribution and also for a community bread club and cookery workshops to give people the opportunity to learn how to make tasty meals with local ingredients.
After refurbishment the hub was stocked with local produce and members of the community were invited to celebrate and sample the local delights.
The Mayor George Walton and Mayoress Veronica Walton of Cheshire East and the Mayor of Macclesfield Alift Harewood cut the ribbon and declared the hub officially open on 6th July 2012. David Rutley MP also commended the initiative and spoke of the benefits of supporting local farmers and suppliers, providing benefits to the local economy. David Gooda, Chairman of Peaks and Plains Housing Association, said that they were delighted to be able to support this social enterprise which combines community engagement with sourcing of local food, a cause he is clearly passionate about. Local residents attended the event and were interested to learn more about Food4MaccDirect.

Posted by Food4Macc Admin at 15:00 No comments: