On Saturday 13 Food4MaccDirect members went on a Tour of the Walk Mill Flour Mill. 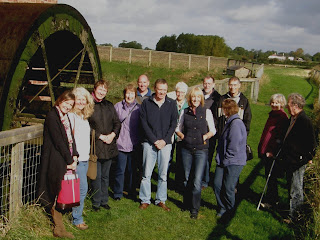 Their own grown wheat variety 'Solstace' is harvested, dried, cleaned, sieved and stored in large sealed containers. The grain is brought to the mill and lifted into a 1 metre cube holding box on the first floor, from where it is distributed to the grinding mill.

Outside the miller closed the sluice gate, preventing the millstream from bypassing the water wheel. 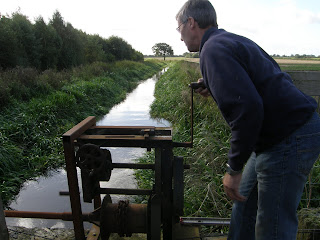 Once the level had risen by about 30cm, water was released onto the under-shot wheel and the mechanism began to turn the 2 large french granite grind stones and grain was fed between them with an intriguing shaker mechanism 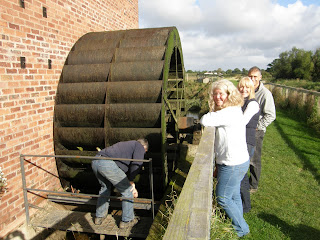 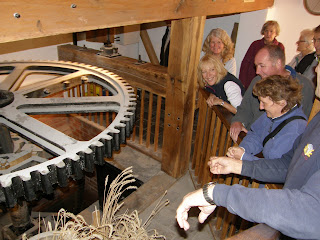 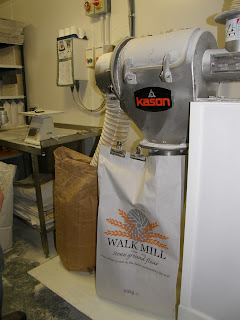 The resulting wholegrain flour passes back downstairs where it is bagged or seived to remove the husks or "bran"  and produce "strong white" flour.  We were surprised to see that about 40% of the wholemeal flour is removed as bran - for which there is little use.
Alternatively flakes of malted wheat grain (grains that are wetted, germinated, converting some starches to sugars, and then dried) are added to convert white flour into 'Malted Flour' or baking powder is added to make 'Self Raising'.
The Mill can be working up to 12 hours a day, seven days a week and a half hour grind produces a 25kg bag of flour.
You can see more about the mill including a video clip of the process in action here 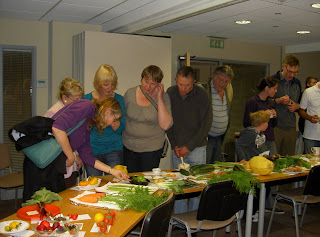 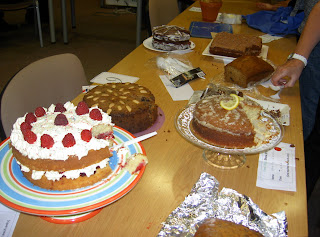 Giving the judges quite a challenge to reach decsions in just one hour. 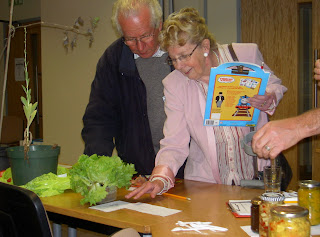 So contestants were given a tour of the farm animals that are cared for by the students at All Hallows. 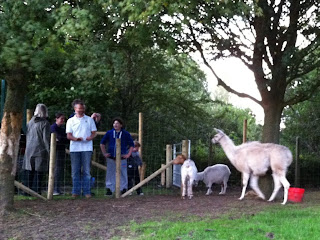 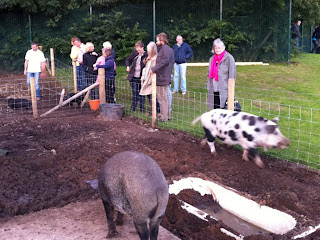 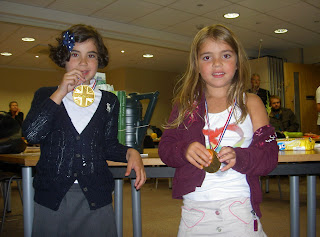 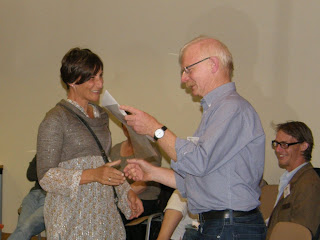 Posted by Food4Macc Admin at 18:19 No comments: 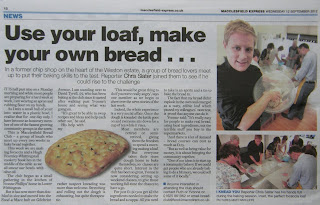 Click on the image to read how Macc Express reporter Chris Slater fared at the Bread Club.
For more details see the Bread Club Flyer

Posted by Food4Macc Admin at 17:21 No comments: